20 Tips and Tricks for Re-Feeding Your Child 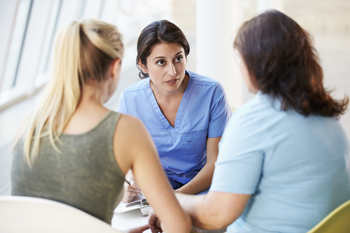 Over the past 20 years (yes 20!) of re-feeding children with eating disorders, we at Kartini Clinic have learned some tips and tricks, which I thought I would pass along. Whether you are re-feeding a child at home or in a clinical setting, I hope these pointers can be helpful to you.

Remember: even though life stops until you eat and that without weight restoration you will get nothing, there are ways to help make the process less painful and more…

The Use of NG tubes in Pediatric Eating Disorder Treatment

It's funny what one gets criticized for. Recently a couple of young patients have let me know that some other eating disorder providers in our community have tried to steer them away from Kartini Clinic because “Kartini Clinic just shoves a tube in everyone”.  You can imagine this was rather startling to hear. And -- goes without saying, I hope! -- quite untrue.

The history of nasogastric (NG) tube use at Kartini Clinic is this: on our pediatric inpatient unit we have always been…

The Role of Parents in Treatment

Possibly nothing has changed so much over the last ten years as the acceptance of parents’ role in the treatment of children and adolescents with eating disorders.

When I founded Kartini Clinic in 1998, “dysfunctional” parents were widely considered to cause eating disorders in general and anorexia nervosa in particular. Toxic and enmeshed mothers were commonly cited by therapists, doctors and lay people as the common…

I was reading an online opinion piece by one of my colleagues, Dr Ovidio Bermudez, who like me is an adolescent medicine physician and eating disorder doctor.  This one sentence jumped out at me since it reflects what I have said in many ways before, only Ovidio said it better and more succinctly: “Families like to hear that care is tailored to their loved one’s unique recovery need, but core principles of treatment, including symptom interruption and weight restoration, should not…